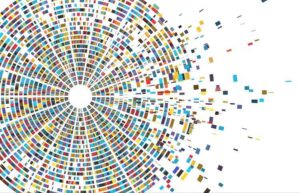 Without a shadow of a doubt, 2020, will be remember for the impact of COVID-19, lockdowns, deaths and hospitals stretched to the limits. For Australia, the pandemic also followed the worst drought in a century and the worst bushfires in recorded history. This has had a profound impact on one of Australia’s largest exports, valued at over trillion dollars, education. Universities across Australia have been impacted in so many ways, which have pushed their systems to their limits. It has highlighted the importance of data and technology and the crucial importance of information governance.

In April 2020, I was interviewed by GRC Professional journal on the risks to universities (before COVID-19 had taken a grip, but once Chinese student visas were cancelled). I was asked “What are some the broad risks that universities face?” My reply was the current risk in Australian universities is, without doubt, the impact of the coronavirus and the cancellation of Chinese student visas and travel bans. Normally, a university will have a risk register with a list of potential failures (key persons) such as a technology failure or an on-campus disaster that might include a natural disaster, such as a flood, to a human disaster, such as a terrorist attack or medical episode. Universities are large businesses, with turnovers of up to a billion dollars and assets that run into the billions (both physical, such as land, and intangible, such as intellectual property). Most universities have an executive, led by the Vice-Chancellor (CEO), who meet regularly to discuss the relevant risks.

Usually, there is a governance split between the academic side of the university—where the quality and standards are imposed, usually through a body such as the Academic Board—and the management of the university via the executive, which is made up of deputy vice chancellors academic and research, and vice-presidents for services (CFO/legal etc). Major technology failures and campus safety are two obvious high-level risks, and these can range from a relatively-small disaster to one that can cause a campus or its online community to close down for a period of time.

But there are unique risks to Australian universities, with the biggest risk to changes in government policy that lead to unintended consequences—such as the cancelling of student visas from China, while students were actually in flight between China and Australia. Over the last decade, there have been small changes to visa requirements that will and have impacted on particular regions, such as China or India. Similarly, Foreign Interference laws are beginning to impact on research collaborations and other international relationships. Education is a global business and the developments in technology are changing the offerings that available; however, the on-campus experience remains critical.

Professors Cary Jim and Hsia-Ching Chang, from the University of North Texas published in February 2018 (Association for Information Science and Technology) “The Current State of Data Governance in Higher Education”. This examined the recent developments in big data that had heightened the need for data governance in any organisation. There has been a growing interest and recognition of the importance of data governance in higher education. The major observation was that the change from paper‐based records to digital data opened a lot of opportunities and challenges for many organizations. During the last fifty years, computer software and hardware development continued to advance.

Today, any person who interacts with technology locally or network through “wired” or “wireless”, is generating data that are trackable and could be stored over time. The early use of digital technology in American higher education has been researched and documented since the 1960s. Schools and universities have a long history of maintaining academic records and other operational documents. Students, faculty, and staff all contribute to the diverse sources of data in universities regardless of their awareness of how the data are used and for what purpose. From an organizational standpoint, the data stored in their information systems are valuable for decision‐making, compliance, assessment and performance evaluation.

Impact of COVID-19 on universities

It has been well documented that the impact of COVID-19 on universities has been huge, especially due to the reduction of international student. Universities Australia has stated that more than 10,000 jobs have been loss from the sector and approximately $16 billion form 2020 revenues. In May 2020 Professors Frank Larkins and Kylie Walker noted in the Conversation that the impact was harder than the GFC and the diverging resources for the pandemic clinical trials was crucial.

By June 2020, it was reported that many Australian universities would struggle to recover from Covid-19 due to the losses of international students. Seven universities were identified as high risk (with just under 50% at low risk). Authors Professors Ian Marshman and Frank Larkins (from the University of Melbourne) modelled the likely outcome of a decade (2008-2018) of unprecedented international student income increasing by 260% from $3.4 billion to $8.8 billion.

Universities have used data to track and keep in contact with their current students from a work, health and safety perspective, as well as a well-being point of view. Higher degree by research (PhD and masters by research) have been particularly supported to work from their home location (within Australia or in home country during the pandemic). Supervisors have used ZOOM and similar technologies to keep in regular contact. Most undergraduate courses have switched to online versions, which have been relatively simple for distance providers, but more challenging for on-campus based institutions. Some disciplines have been able to adapt to the online version much easier and quicker than those requiring field work, laboratory based studies or placements (such as nursing, teaching, medicine etc).

Huge amounts of efforts have gone into protecting staff (academic and professional/technical and administrative) and students through COVID-19 safe environments.

The role of data protection applied to online assessments for academics to return to work on campus after completing online training and certification. Also a heightened cybersecurity risk meant rolling out training for all casual and full time staff across all universities. This year has demonstrated the importance of information governance and having appropriate frameworks in place to make informed decisions.

Let us all hope that 2021 will be a very different year, as we all adapt to a “new normal” university environment.