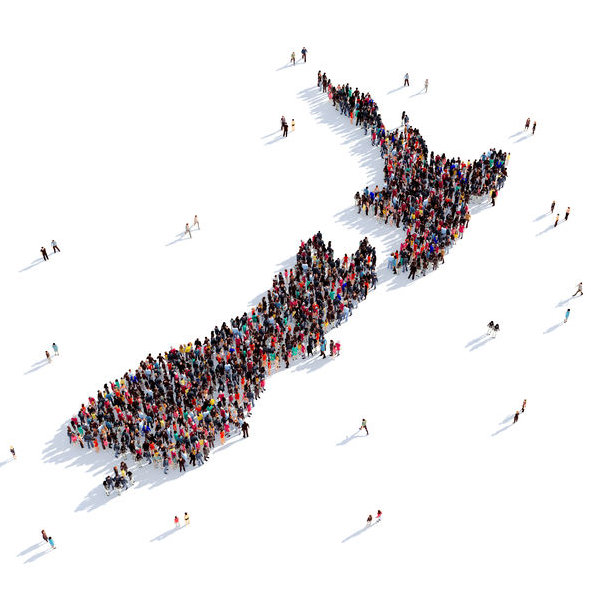 Jacinda Ardern’s announcement of her intention to deliver New Zealand’s first ‘Wellbeing Budget’ at the World Economic Forum in Davos in January caused headlines as the world’s youngest female head of state outlined an approach to economic measurement that put people’s needs at the centre of the government investment agenda. Ardern said “politics needed to be more altruistic and more long term” to address the deep-rooted inequalities in New Zealand’s current economic outlook and to address the challenges emerging from issues such as climate change and automation.

World leaders and economic institutions have been watching the ‘little country at the bottom of the world’ with great interest, as they embark on this experiment that could change the way governments develop social strategy and assess the effectiveness of their social policies. For many years institutions like the OECD have been encouraging economies to look beyond just economic measures of success and to look at the overall wellbeing of their populations as an indicator of whether their policy decisions are moving the dial on improving the standards of living in their countries.

In 2008 Professors Joseph Stiglitz, Amartya Sen and Jean-Paul Fitoussi were asked by the President of France to identify the limits of Gross Domestic Product (GDP) as an indicator of economic performance and social progress; and to assess the feasibility of alternative measurement tools. They found that there was a gap between standard economic measures like economic growth, inflation, unemployment; and public perceptions about progress. They suggested those measures only matter based on what they mean for people’s lives either directly or indirectly; and they were also concerned about the sustainability of progress given environmental and other concerns.

They proposed that governments “shift emphasis from measuring economic production to measuring people’s well-being”. They recommended governments collect additional data about people’s quality of life that measures both objective and subjective wellbeing and how it changes over time and reflects the diversity of peoples’ experiences and linkages amongst the dimensions of people’s lives (Stiglitz, Sen & Fitoussi, 2009).

In New Zealand, ‘Wellbeing’ refers to people’s welfare, quality of life, or what an economist might refer to as utility. It encapsulates the degree to which people are able to live the kind of life they have reason to value. Wellbeing is a concept that crosses cultures, for example hauora – a Māori concept of health and wellbeing. The Māori greeting ‘kia ora’ literally translates to “be well”. Traditional Māori models of wellbeing place family and whānau at the centre of society.

This approach has set New Zealand apart from other nation’s by making it the first country in the world to change its perspective on ‘what economic success looks like’.

In May after the release of the budget (which was marred by a reported data hack), Jacinda Ardern discussed New Zealand’s “solid rates of GDP growth” but questioned the “quality of that economic activity and how it has been shared”. Ardern said that’s why Budget 2019, now known as the Wellbeing Budget, will focus on “areas where the evidence shows we have the greatest opportunities to make a difference to New Zealanders’ wellbeing”.

“Nobody wants to live in a country where, despite a strong economy, families are homeless, where our environment is being rapidly degraded and people with mental health issues do not receive the support they need.” She also condemned the country’s “shocking levels of family violence and child poverty” and said Budget processes need to change because the traditional cost benefit analysis of them” is often short term”.

The New Zealand Productivity Commission supports Ardern’s view. Its 2015 report concluded that the New Zealand social system was under performing and creating ‘cycles of disadvantage’ for the people who needed it most. Some segments of the community were experiencing consistent and often multi-generational disadvantage – across health, education, welfare dependency and crime.

The focus on wellbeing isn’t new in New Zealand, work started in the 1980’s with Statistics New Zealand’s (Stats NZ) ‘Social Indicators’ wellbeing survey (Department of Statistics, 1984). More recently reports such as the Social Policy Evaluation and Research Unit’s ‘Family Wellbeing’ and ‘Whanau Rangatiratanga’ Frameworks, the Ministry of Social Development’s (MSD) Social Report (2001-2016) and Treasury’s 2002 working paper which includes an analytical framework for investing in wellbeing and ‘Living Standards Dashboard’ currently under development, have been influential in creating awareness of the inequalities and failures of the New Zealand social sector.

There has been a growing realisation that there is a paucity of data and evidence-based insights for decisions about where to invest to create the changes that are needed. New Zealand’s Social Investment Agency (SIA) created by the previous National-led Government, exists to determine what works for better lives and to ensure the right data is available to base decisions about where to invest funds for the long-term changes required to fulfil Ardern’s wellbeing agenda. Social sector agencies are refactoring their investment plans around the wellbeing agenda and aligning with Treasury’s Living Standards Framework.

SIA’s recent report ‘Are we making a difference in the lives of New Zealanders – how will we know’ states “Investing for social wellbeing means ensuring people get the support they need to live the lives to which they aspire. It is about understanding people’s needs and matching the appropriate support and services to meet their needs. It is about removing barriers and actively trying to maximise wellbeing. It is about supporting and resourcing people to improve theirs and others’ wellbeing”

What does this mean for data governance and trust in Aotearoa?

It is implicit that investing for social wellbeing will require more systematic use of data – lots and lots of data. It will also mean the development of an innovative approach to how to measure wellbeing and to leverage advanced analytics and evidence to identify who in the New Zealand population would benefit from what type of social policy interventions. Large amounts of often quite sensitive data, will need to be used in careful, considered, consistent, transparent and ethical ways that are accountable to New Zealanders and builds, rather than erodes trust in government.

To this end SIA conducted a public consultation in 2018, meeting with over 1,000 service users, Māori, Pacific people, service providers, and service contracting agencies to discuss the Ardern Government’s wellbeing approach, the role data will play, and to hear how people feel about both topics.  A product of this engagement is the Data Protection and Use Policy, a governance tool, to guide social sector parties in the ethical use of data and information about people.

1. Determine what to measure and the acquisition strategy for the required data sets. Measuring what matters will provide decision makers information they can use to allocate funding and to where it will make the most difference to people’s lives. Knowing what to measure will identify new data required. The opportunity is to conduct measurement with confidence when the required data is known and available and to invest in sourcing required data when it is known to be currently unavailable.

2. Create comprehensive data documentation and developing new data standards and information sharing approaches. The opportunity is to create access to information about data, metadata, that would accelerate analytical exercises, increase the quality of research, and increase visibility to support ethical and low friction information sharing between organisations, with trust as the foundation. Agreed, compatible, and documented approaches to working with data will improve clarity of understanding and transparency about what data is being moved around for what purposes.

3. Leverage and enrich New Zealand’s Integrated Data Infrastructure. Stats NZ’s IDI research data warehouse is a systemically significant asset in the New Zealand data landscape. It is the only platform that receives data about all New Zealanders, their use of public services, and national survey responses – New Zealand enjoys a privileged degree of understanding about how New Zealanders live. A significantly improved IDI would immensely benefit all New Zealanders and accelerate the benefits required for the Ardern Government’s wellbeing agenda to be a success.

Why New Zealand and why now?

If we focus on the social outcomes for the last ten years there can be no doubt that New Zealanders are changing the way we think about social and community wellbeing. Over the last 10 years New Zealand has improved its performance, not only relative to its own history but also in comparison to other countries. The OECD 2017 report on New Zealand stated,

“New Zealanders enjoy high living standards, with all components of the Better Life Index stronger than the OECD average, except for household disposable income and wealth… New Zealand substantially outperforms most other OECD countries on social connections, health status and overall environmental quality. High living standards are also reflected in a superior subjective measure of wellbeing. They are underpinned by robust institutions, good governance, generally best-practice policy settings, a stable macro-economy and a high-quality education system. New Zealand also performs well on gender inclusiveness, with one of the smallest gender wage gaps in the OECD.”

In New Zealand in 2019 there is an extraordinary degree of social trust which extends to willingness to support data-related initiatives such as Stats NZ’s Integrated Data Infrastructure, SIA’s Data Protection and Use Policy and DIA’s proposed new AISAs (Approved Information Sharing Agreements) and MOUs (Memorandums of Understanding) to make social data available to researchers and fluidly and transparently shared between government agencies.

Gross Domestic Product measures the total value of goods produced and services provided in a country, calculating the net value added by each economic actor. Systemic and entrenched inequality is not portrayed in GDP. In a world where 1% of the population owns more than 50% of the wealth, perhaps we should be asking who benefits from economic activity – not simply how much economic activity there is. Putting people and their data at the centre of the wellbeing agenda, making it the driver for public policy and spending may be the only way to achieve the visibility we need. Measuring consumption alone fails miserably as an indicator of our true wellbeing.

New Zealanders have given Jacinda Ardern’s government the license to explore various ways of designing and implementing sustainable wellbeing enhancing policies – but they cannot do it alone. This was highlighted by Deloitte’s Joey Au and Girol Karacaoglu in their recent paper “Beyond GDP – measuring New Zealand’s wellbeing progress” where they stated,

“The current Government has clearly signalled that it wants to frame, design, and implement public policy with an objective of increasing overall wellbeing, not just income, on a sustained basis. If academics, businesses and public servants do not lift their games and provide all the support we can to help the Government achieve this vision, we will have missed a unique opportunity – and we will have failed.”

SIA – How we measure outcomes: A new approach to measuring changes in people’s wellbeing.