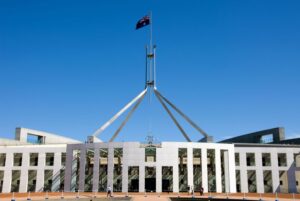 The Australian Federal Government has been conducting an extended consultation as to how data linkage and data sharing between government agencies might be accommodated through a special purpose statute that walks the fine line of maintaining digital trust and meeting data privacy concerns of citizens and civil society organisations, while facilitated controlled good data sharing between agencies.  The Data Availability and Transparency Bill (DATA), is proposed to be released in this calendar quarter.

In this in depth analysis, Professor Peter Leonard has canvassed the challenges which this new federal data sharing law will need to address and compared current proposals with existing government agency data sharing laws in NSW, Vic and SA. While Peter concludes that the DATA is a welcome development, he also notes that bigger questions loom about use of the powerful tools which data sharing puts into the hands of Governments, as illustrated by the Robodebt controversy.  Questions include whether there should there be restrictions should apply to automated algorithmic decision making with individualised effects, should a citizen have a legislated right to inferences about them being transparent, fair and reasonable, and do we need to rethink how administrative law review applies to cases where humans are only partly in the loop, or out of the loop, of decision-making with individualised effects.